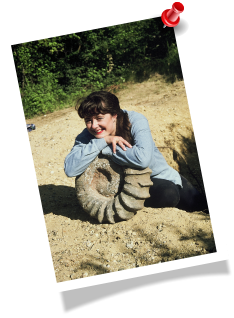 I am a former writer and broadcaster now working as an artist, mainly in ceramics and photography.

In the 1970s I started off studying Geology (with Chemistry) at the University of St Andrews and this foundation continues to inform and influence much of my current work. I went on to work in the media, mainly the BBC, as a Studio Manager, Producer, and Presenter.

I have worked on countless  programmes for both radio and TV,  written numerous articles and also a couple of books. A highlight of my career was as the first woman to present a Natural World on BBC2 and, after another series of short films with BBC Science, winning the GlaxoWellcome/ABSW Science Writers prize, and being awarded the R.H. Worth Prize by the Geological Society of London. I also enjoyed presenting for radio 4 and producing programmes for BBC Education.

I have always been interested in photography and art, but made the plunge of going to Art School (Exeter College) in 2012. Two years later I found my work hung in the Royal Academy and a commendation from the South West Academy, to which I am now a regular contributor.

Two of my pictures were chosen by Grayson Perry for his Yellow Room in the 250th Anniversary Summer Exhibition (see picture right) in 2018. In 2021 I had a solo show in the Royal Albert Memorial Museum Exeter. Another photograph has been selected for the 2021 Royal Academy Exhibition which starts on 22 September 2021. 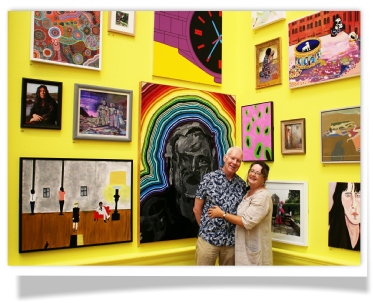